One reason we know that cannot predict the future is: who no-one predicted an explosion of urban micromobility. This an explainer, to clarify the basics.

The debate on non-motorized personal mobility has been stable for a couple of generations: bicycles are ok if safe, walking otherwise. Everything else is a distraction—skateboards, rollerskates, Segways—transport planning can ignore it. Scooters were children's toys. The only news here in decades was the very slow emergence of electric-assist pedal bikes.

And then: boom! Suddenly personal mobility has been replaced by micromobility as a category. The following micromobility form factors:

are all popping up, and dropping, over the city. Their emergence has huge prospects and implications for business (both as fleets and users of vehicles), transit planning and public budgets, public space and spatial design, health and safety, and lifestyles.

Formally, micromobility is becoming as defined as any vehicle for urban environments that goes slower than about 25 km/h, and can carry usually one person and some personal baggage, used for journies less than five miles.

But the definition and regulatory classification is extending into a new breed of micromobility vehicles that extend the capacities of classic personal mobility in a variety of directions: logistics bikes, child-carrying bikes, two-person scooters, and more.

Things are changing too fast to define micromobility much more than that. But it's possible to look at why micromobility suddenly emerged out of nowhere to become a huge opportunity and issue in urban mobility. These are some of the main reasons:

To engage with micromobility, it's helpful to keep these three causal characteristics in mind, since while the details are moving fast, they will continue to drive the overall trend now unfolding.

A fourth condition of micromobility, which has been influential through its absence is regulation: micromobility has grown so far, regulation of any sort in most cities has not yet caught up. But that is about to change: spatial, safety, competition and other considerations are about to be applied.

If we try to follow the throughline of these four framing conditions, can we detect the outlines of what's next for micromobility? If we take for granted increasing use for general personal mobility, here's some aspects of likely progress:

Important remember that micromobility is not destiny: society can and needs to choose what problems and potentials it wants micromobility to address. The lack of fixed details around micromobility actually opens up opportunity for just that.

Some technical fads come and go. When the Segway was launched in 2001, it was described as 'reinventing the wheel' and 'maybe bigger than the internet'. It just shut down production for ever.

But it seems likely that the new wave of micromobility is here to stay. 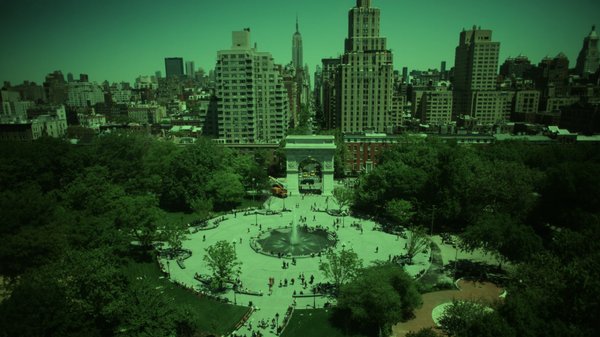 This section of the newsletter archive will include summaries, excerpts and links to resources supplied by BASE2 and partners on themes including service integration, sustainable housing, proptech, efficient and dynamic

What real estate does in the digital age is offer a basic service. What's next? Adding new layers of services. Here comes the servicization of real estate.