This is an explainer for real estate, investment and other curious folks on basics of 3D visualization, emerging use cases. BIM and AR/VR are both big domains and needs separate analysis, so this explainer only touches on them.

There are at four ways to experience a 3D visualization in images in front of you. The language for each overlaps, which doesn't help with clarity, so the descriptions below are my use of these words.

But increasingly the technologies overlap and they will gradually merge, so the main use of this explainer is to help you understand what is going on behind the words and images.

Models - CAD-type images, with objects built up from elements driven by precise mathematics, and potentially arbitrary levels of precision. The key challenge and goal is precisely describing the geometry of the elements and objects, and their relation to each other, not elegant visualization.

Renderings - Game-type textured surfaces combined to form virtual objects or environment. Environmental variables such as light add vast complexity, even if they seems negligible to the image. They key challenge is making it 'look real', without requiring too much computation, which becomes 'enabling an immersive but flexible experience' for the user.

Point Clouds - A capture of actual environments as a stream of Cartesian co-ordinates, that can be viewed as a kind of ghostly image of a place. The key challenge is getting accurate point measurements in sufficient resolution for a given space, and then parsing the pointcloud into some understanding of the actual objects that are there, or creating a textured render to make it look more like the 'real' environment, or both.

Visual Cognition - This may sound strange, but one of the ways to get a 3D visualization is to rely on human visual cognition to 'imagine' a space in 3D. This is what is happening in street view or 360˙ photography: it's just a distorted, scrolling 2D image, but humans feel it's a bit like looking around an environment. The key challenge is stitching the 2D images together to make it work 'in the eye'.

These are worth separating because based on different technical pathways, with different challenges and use opportunities. Also because: people selling stuff are happy to confuse users as to what is really going on, which can lead to a lot of wasted effort.

Here's a sample of how these are different practice.

Architects and spatial planners are the main users of models, because they need absolute precision and recomposability. But to show off and discuss their work, they will move towards rendering.

Game developers and other creators will build massive renderings without the same attention to underlying models, because they need to generate environments rapidly at scale. But they will populate them with some modelled objects, even if with sometimes simplified modelling approaches.

Surveyors, managers and engineers, need to know what is out there, at what size and in what location, and the only way to get this information directly in 3D is to go and capture it as a point cloud.

Map creators and property sales agents want a very quick way to help people imagine and orient themselves in a particular space, and so a 360˙ photo, made up a few 2D photos, is a comparatively easy way to make that happen, with no models, renders, or pointclouds needed when you can rely on the human visual imagination.

These approaches are increasingly, and necessarily overlapping, for example:

One technique could be listed separately, photogrammetry, but it's perhaps best to see it already as a hybrid of rendering, point clouds (as a kind of 'image cloud'), and visual cognition tools, at least conceptually if not technically.

In future analysis and notes, we'll look at different and competing pathways for evolution, the state of existing and emerging tools, how the use cases will evolve in design, AR/XR and real estate sales/management, and in particular the potential for mobile devices to drive these technologies and uses. 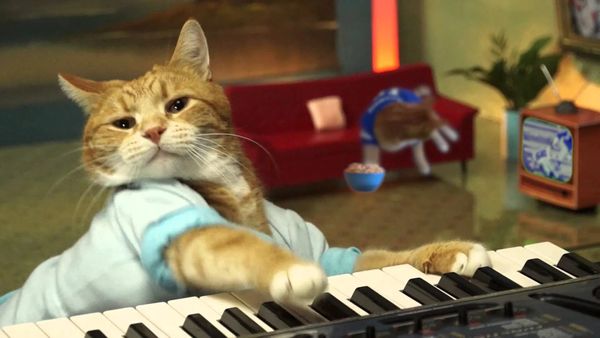 COVID has accelerated the remote work revolution. But remote work is not the same as work-from-home. So what's needed?